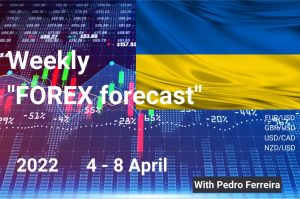 EURUSD has lost its bullish momentum after having reached its strongest level in nearly a month at 1.1184 early Thursday. Later in the day, the US Bureau of Economic Analysis’ Personal Consumption Expenditures (PCE) Price Index data could have a significant impact on the greenback’s valuation and drive the pair’s action.

Markets expect the Core PCE Price Index, the Federal Reserve’s preferred gauge of inflation, to rise to 5.5% on a yearly basis in February from 5.2% in January.

The CME Group’s FedWatch Tool shows that markets are currently pricing in a 64% probability of a 50 basis points (bps) rate hike in May. A stronger-than-expected PCE print could ramp up the odds of a double-dose rate increase and help the greenback gather strength against its rivals. The US Dollar Index, which closed the previous two trading days in negative territory and lost more than 1% during that period, was last seen moving sideways below 98.00.

It’s also worth noting that the market volatility could rise in the second half of the day due to quarter-end flows and the latest upsurge witnessed in EURUSD could be seen as a profit-taking opportunity.

In the meantime, US stock index futures are posting modest gains in the early European session, suggesting that the shared currency could stay resilient against the dollar in case risk flows continue to dominate the markets.

EURUSD stays within a touching distance of 1.1100 after US data. EURUSD has struggled to shake off the bearish pressure after the latest data releases from the US. The US Bureau of Economic Analysis reported that the annual Core PCE Price Index edged higher to 5.4% in February from 5.2% in January, coming in slightly lower than the market expectation of 5.5%.

On the above four-hour chart, the Relative Strength Index (RSI) holds near 70, showing that the pair is yet to correct its overbought conditions.

On the downside, 1.1100 (200-period SMA) aligns as key support and buyers could take action in case the pair retreats toward that level. If that support fails, however, the near-term technical outlook could turn bearish and the pair could face interim support at 1.1080 (Fibonacci 61.8% retracement of the latest downtrend, 20-period SMA) before targeting 1.1040 (Fibonacci 50% retracement, 50-period SMA, 100-period SMA).

The first resistance is located at 1.1200 (psychological level) ahead of 1.1230 (Static level). If the pair starts using the latter as support, it could stretch higher toward 1.1270 (static level).

For next week, in the following  EURUSD 4-hour chart, we have noticed how EURUSD managed to bounce within the 1.08 area and managed to initially reverse from its prior established downtrend. This was a first source of increased volatility, testing resistance levels within the range. Furthermore, EURUSD has formed important higher highs and lower lows together in this main potential, Ascending-Bull-Pennant-Formation, in which it has appropriate support determined by the 20-EMA marked in blue, and the local wave-count forming simultaneously in the major wave B, reaching from A to C, which has been already completed.

Once this zone has been reached the situation needs to be elevated again and EURUSD needs to show how it will perform next, either a pullback or a continuation formation that sends EURUSD on the uptrend. 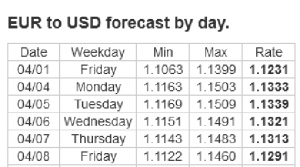