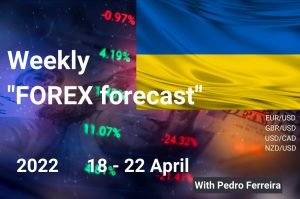 The EURUSD pair reached an intraday high of 1.0923, holding nearby ahead of the European Central Bank monetary policy decision. The central bank surprised with a dovish decision, as it maintained rates on hold, as anticipated, and also announced it would end its bond-buying APP program in the third quarter of the year. Monthly net purchases will amount to €40 billion in April, €30 billion in May and €20 billion in June.

Generally speaking, the statement was dovish as the document noted that Russia’s aggression is affecting the economies in Europe and beyond. Higher energy and commodity prices are affecting demand and slowing production, which result in higher inflation. Also, trade disruptions are leading to new shortages of materials and inputs, another factor weighing on prices pressure. The EUR/USD pair fell with the announcement towards the 1.0860 area.

Meanwhile, and as ECB President Christine Lagarde offers a speech, the US released March Retail Sales, which were up by 0.5% MoM, below the 0.6% expected. Also, Initial Jobless Claims for the week ended April 8 printed at 185K worse than anticipated. Finally, the country released March Import and Export Prices, beating the market’s expectations. Later in the session, the US will release the preliminary estimate of the April Consumer Sentiment Index.

EURUSD has extended its slide and dropped below 1.0800 for the first time in nearly two years. ECB left its policy settings unchanged and President Lagarde refrained from offering clarity on the timing of the first rate hike or the end of the QE, weighing heavily on the shared currency.

The EURUSD pair currently trades in the 1.0870 region, and the above daily chart shows that the risk remains skewed to the downside.

The pair keeps trading well below a bearish 20 SMA, which converges with a Fibonacci resistance level at 1.0965. Technical indicators, in the meantime, remain directionless within negative levels.

The 4-hour chart also shows that the pair is currently hovering around a flat 20 SMA, while the longer ones maintain their bearish slope well above the current level. At the same time, technical indicators turned lower, and are currently accelerating south below their midlines, hinting at further declines ahead.