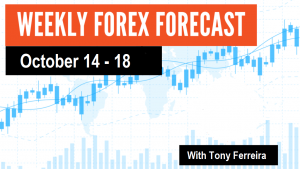 Last week, we were waiting for the neck line of the head and shoulders to be broken on GBPUSD currency pair at 1.2310, before placing a sell (short) position. The confirmation on the sell position was set this Monday, when the GBPUSD broke the 1.2310 support, confirming the sell indicator suggested by our technical analysis recommendation, giving an opportunity to sell it at 1.23027 and closing the sell position Tuesday at 1.21981, locking in 0.86% profit.

The currency pair declined last week and tested the support at 1.2108. The main reason for this downtrend was the fact that the new UK Prime Minister supports the idea of Brexit “in any case”, meaning that he will lead the country to Brexit even without a deal but before the October 31, 2019.

However, another sell position may be on the horizon as of today, Thursday, we got some positive news on Brexit, making the GBPUSD to reverse the downward trend as the Irish Prime Minister, Varadkar just updated markets in Liverpool following a meeting with British PM Boris Johnson, where the political leaders discussed the sticky subject of Northern Ireland’s backstop and how to avoid a hard border. The Irish border has caused a major impasse between Brexit negotiators, which has largely prevented the UK and EU from agreeing on a Brexit Withdrawal Agreement. The latest remarks from Varadkar suggest that London and Brussels may finally be able to find common ground and get Brexit talks back on track.

Even thought, The British pound has rallied a bit during Thursday trading session, reaching towards the 1.2469 level, before rolling over and showing signs of weakness again. It seems obvious to us that the British pound still has a “weight around its neck”, and therefore will continue to struggle overall.

At this point, the 1.22 level underneath continues offer significant support, but if we do break down below there, and it is looking increasingly likely, the GBPUSD could fall another 200 pips.

Keeping in mind that the Brexit will continue to throw headlines around GBPUSD, we believe most of the rebound of todays is also due to the USD weakness, but given enough time, the GBPUSD may continue to show a lot of weakness from everything that we have seen. We believe GBPUSD may break again the 1.22 support level, which is also the 61.8% Fibonacci retracement level. That level giving way typically opens up the door to the 100% Fibonacci retracement level, but at this point, we think the 1.20 level is probably the most likely target. The consolidation was 200 pips that we are trying to break down through.

Looking at the following chart, it’s very likely that we will continue the longer-term downtrend, because quite frankly nothing good has been coming out of Brexit, and we do not see that this is going to be easy for the buyers to take the British pound higher. It is very likely that every rally will continue to be a selling opportunity, at least until we get some type of clarity with what is going to happen between the British and the Europeans.

For next week, from October 14 to October 18, we maintain our sell position strategy, taking the opportunity of today’s GBPUSD pair price spike, setting the sell position at 1.24380 to close the position (buy back) at 1.22, while maintaining our end of October price at 1.20.

GBP to USD forecast for tomorrow, this week and month.

Again, remember to place stop losses, according to your risk tolerance as unexpected news coming to the market, may significant affect trends and prices. Until next article, wealthy trading.

Disclosures: The material provided herein is for informational purposes only. It does not constitute an offer to sell or a solicitation of an offer to buy any interests in the GBP/USD or any other securities. Further, This overview may include or be based in part on projections, valuations, estimates and other financial data supplied by third parties, which has not been verified by Tony Ferreira, nor Keysoft. Any information regarding projected or estimated investment returns are estimates only and should not be considered indicative of the actual results that may be realized or predictive of the performance of the GBP/USD or any underlying security.  Past investment results of any underlying managers should not be viewed as indicative of future performance of the GBP/USD.