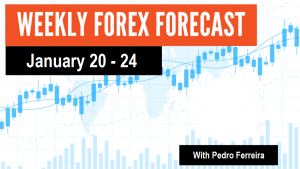 The Kiwi was the currency to rule them all thanks to rising global risk sentiment, lifting risk assets as more and more positive geopolitical and economic developments were released throughout the week. 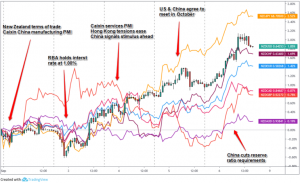 Cautious optimism emerged as the main underlying theme in Thursday’s Asian session, despite the conclusion of the historic US-China phase one trade deal. Markets remained on the edge as a number of conflicting issues are stiff left unresolved, including the structural economic issues. Also, they remained sceptical of the phase two deal, especially with the US presidential election scheduled later in November. As markets re-assessed the trade deal, the US dollar kept its range nearly weekly lows across its main competitors. The Kiwi outperformed amid better New Zealand’s fundamentals that led the gains in most Asian currencies. The Chinese yuan eased from a six-month high versus the US dollar but held onto minor gains near 6.8870 regions.

Meanwhile, the Aussie defended the 0.69 handle, having drawn support from higher oil and gold prices. The USD/JPY pair was trapped in a tight range just below 110.00 despite the gains in the S&P 500 futures and Treasury yields. Mixed trading in the Asian equities and solid Japanese Machinery Orders data underpinned the yen.

Among the European currencies, EUR/USD consolidated around the midpoint of the 1.11 handle, slightly off the weekly highs while GBP/USD extended the early gains to regain 1.3050 amid Brexit optimism. USD/CHF traded modestly flat below 0.9650, divided between a broadly subdued US dollar and reduced demand for a safe-haven.

The NZD/USD traded with losses over the last two weeks, following the pullback of the five-month high of 0.6754 and now, it is creating a downward sloping channel. Currently, the price is trading slightly above the short-term simple moving averages (SMAs) near the return line of the channel. The RSI on the 4-hour chart is missing direction in the positive area, while the MACD oscillator is moving higher, approaching the zero line. Also, the red Tenkan-sen keeps flattening below the blue Kijun-sen line, reducing chances for a meaningful recovery in the short-term. 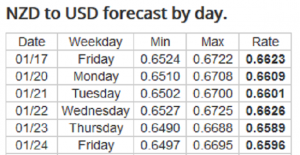 Again, remember to place stop losses, according to your risk tolerance as unexpected news coming to the market may significantly affect trends and prices. Until the next article, we wish all of you wealthy trading!

Disclosures: The material provided herein is for informational purposes only. It does not constitute an offer to sell or a solicitation of an offer to buy any interests in the NZD/USD or any other securities. Further, This overview may include or be based in part on projections, valuations, estimates and other financial data supplied by third parties, which has not been verified by Tony Ferreira nor Keysoft. Any information regarding projected or estimated investment returns are estimates only and should not be considered indicative of the actual results that may be realized or predictive of the performance of the EUR/USD or any underlying security.  Past investment results of any underlying managers should not be viewed as indicative of the future performance of the NZD/USD.