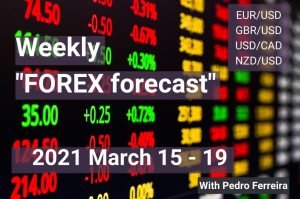 The EURUSD pair extended its recovery, reaching the 1.1967 level during the London session and ahead of the European Central Bank monetary policy announcement. The American currency is eased alongside yields, undermined by resurgent optimism. The US House passed President Joe Biden’s stimulus bill on Wednesday, sending equities sharply up.

European indexes, however, trade with modest losses, unable to follow the lead of their overseas counterparts. Partially overshadowing optimism, news indicated that some EU countries suspended vaccinations with the AstraZeneca shot after some cases of blood cots were reported.

Meanwhile, the distribution of Covid vaccines in the area remains sluggish, and more delays are expected, all of which will undermine the region’s economic comeback.

The ECB maintained rates unchanged, alongside the size of PEPP, although policymakers announced that bond purchases over the next quarter to be conducted at a significantly higher pace than during the first months of this year. German bund yields fell on the headline, but EURUSD hold on to the higher ground. Ahead of Wall Street’s opening, ECB’s head Christine Lagarde is offering a press conference, while the US published Initial Jobless Claims, which resulted at 712K in the week ended March 5, better than anticipated.

EURUSD is trading around 1.1950, below the highs. The ECB has left its policy unchanged and pledges to ramp up its bond buys in the upcoming quarter. Markets await the 30-year bond auction in the US.

The EURUSD pair peaked at 1.1974 with the announcement, currently retreating and trading in the 1.1950 price zone. The pair met sellers around the 50% retracement of its November/January rally.

The above 4-hour chart shows that the 20 SMA hovers around a Fibonacci support level at 1.1885, while technical indicators ease within positive levels, far from suggesting an upcoming decline.

For next week, our technical indicator are suggesting a continued negative slope as indicated in the following chart before starting to consolidate around 1.18514 price area.  Therefore, we would go short at or above 1.19441, and initiate new Long positions at or below 1.19.